Our world is filled with things worth seeing, and different ways to see them. When choosing a holiday destination, some among us look for something other than standard choices. The beach, the ski resorts and the cruise vacation all have their merits, for sure. But for some of us, the chance to take a conservationist approach and see some of our more threatened wonders is attraction enough.

It is a sad fact that there are increasing numbers of species – both animal and tree alike – that are now classed as “endangered.” Where these exist, there are efforts afoot to keep them thriving. With luck, they will not become extinct. Indeed, by making trips to see some of these species, it is possible to help fund efforts to help them thrive. The more people that go to see these magnificent animals, the more incentive and resources there will be to support their existence.

Native to Manitoba among other places, polar bears rely on their environment to thrive in the wild. For a polar bear, sea ice is where they live, hunt and breed. The bad news is that in recent years the levels of ice in the sea have been depleting each summer.

As a consequence, polar bears face the prospect of malnutrition and even starvation. The good news is, at this stage they are merely classed as “Vulnerable.” Prompt action can still make a difference to their chances. 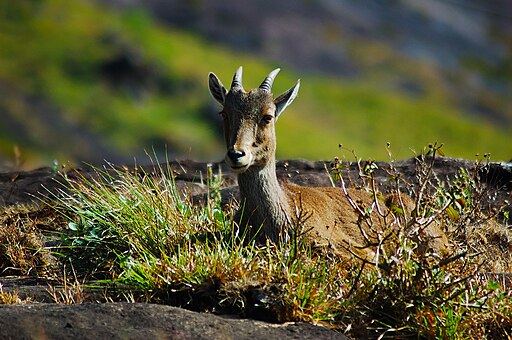 A species of mountain goat, the Nilgiri Tahr inhabits the hilly areas of Kerala and Tamil Nadu in Southern India. The species is more similar to a sheep than many of the goats in the region, which are closer to the Ibex genus. Much of the concentration is near Kerala’s Munnar area.

At last count, there were believed to be upwards of 3,000 Nilgiri to be found in the wild. This puts their status at “Endangered.” Although it is an increase on previous counts, there is still work needed to help them. Advice on how to reach Munnar, and efforts to support the Nilgiri breed, can be found widely online.

A noble, intelligent and social animal, the mountain gorilla is to be found in just three countries these days. With the population slipping below 900, these gorillas are found in Rwanda, DR Congo, and Uganda. Hunting, habitat loss and unrest in this area of Africa has brought their status to “Critically Endangered.” This is the last point before a creature is declared extinct in the wild.

To see this species in its natural habitat, a trip to Uganda’s Bwindi Impenetrable forest park is in order. There, there are numerous species of gorilla, all used to humans. It is a moving and remarkable experience to witness them in the wild and an opportunity you should take.

There are numerous other creatures currently on the WWF’s Endangered Species List. The knowledge of their status at least allows us to take some action to help them survive. By contributing to this effort, you can help keep conservation in general in the spotlight. Furthermore, it offers you the chance to see some breathtaking destinations and creatures.